THE NEW ADVENTURES OF LOUISE: AUTUMN IN PATAGONIA

Claasen Shipyards’ latest triumph Louise incorporates the most sophisticated technologies and construction methods, and reflects a design focused equally on racing and cruising. 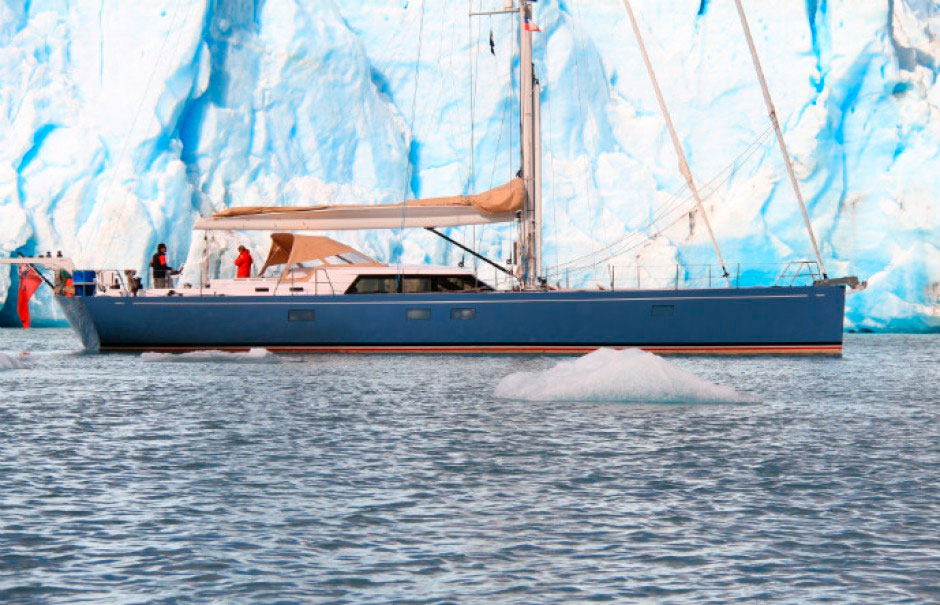 Louise’s maiden voyage was a transatlantic crossing to Brazil in the autumn of 2013, and she has since been in the antipodes over the following months, spending the southern hemisphere summer in Antarctica and touring the Patagonian wilderness. Here is an update of her latest adventures.

Created by the French designer Berret Racoupeau, the 22.07-metre Louise boasts sleek, contemporary lines and a reverse stern that gives her an exceptionally sporty look. Large windows in the superstructure bring plenty of natural light into the spacious interior by Rhoades Young Design, which is characterised by an understated, French-inspired luxury.

Louise thoroughly proved her mettle in the challenging conditions, celebrated with the traditional topping of a champagne bottle and toast to Neptune.

At the bottom of the world
Crowning two years of hard work, Louise was christened during a reception at Claasen, and underwent extensive sea trials before taking off for her maiden voyage to Rio de Janeiro in October last year, after which she went on to the Falklands and then Antarctica via South Georgia in late January. On 6 February, she left Port Lockroy in the British Antarctic Territory and crossed through the tricky Drake Passage to South America, reaching Cape Horn on 9 February. Louise thoroughly proved her mettle in the challenging conditions, celebrated with the traditional topping of a champagne bottle and toast to Neptune.

Arriving in Ushuaia in Argentina, a frontier destination at the bottom of the world, the crew of Louise encountered sailors from as far afield as Beijing and Cape Town, all stopping to refuel and replenish stocks. Departing again on 3 March, Louise spent the next few weeks exploring the Patagonian channels. This included anchoring off a ranch in Yendegaia Fjord, where the crew exchanged a bottle of whisky for a joint of beef with people who had just returned from a horseback expedition into the interior of Tierra del Fuego.

Glacier ice for happy hour
Next, Louise dropped anchor in Pia Fjord to enjoy the glacier below Mount Darwin. The next two days were spent headed northwest over part of the Magellan Strait. During this stretch, the crew helped tow another yacht to its next destination. Continuing on among the channels of Chilean Patagonia, Louise had to take cover from storms several times, sometimes meeting skippers in similar conditions in quiet coves, but mostly being kept company only by dolphins and the occasional cruise ship passing on the horizon.

In the Eyre Fjord, Louise sailed very close to one of the largest glaciers in the region – over three kilometres long and fifty metres high on average – named after Pope Pius XI. Navigating through bits of ice calving from the glacier and accompanied by dolphins, the crew of Louise was treated to spectacular sunrises and eerie fog in short succession against this amazing wilderness backdrop.

Return to civilisation
On 19 March, Louise moored in tiny Puerto Eden on Wellington Island, where she met yachts from three other countries. Next came the difficult crossing of the choppy waters of the Gulf of Penas (gulf of distress). The boat left the Pacific again to join the Darwin Channel, named after the naturalist, who suffered from seasickness and would presumably have enjoyed the calmer waters and Minke whales who greeted Louise here.
On 31 March, Louise arrived at the bustling little port of Chacabuco, mooring on a pontoon dock for the first time since leaving Puerto Williams. This proved to be a good base for an inland expedition to the town of Coyhaique tucked away deep in the Andes, and hiking to a nearby glacier and hot springs.

The close of the summer was accompanied by the end of Louise’s Patagonian adventure, symbolised by the flocks of Arctic Terns accompanying the yacht on her way north. As the yacht crossed the Gulf of Ancud towards Puerto Montt on the mainland, the Andes cut a majestic figure on the horizon against a clear blue sky – a fitting end to Louise’s nearly three-month Big South adventure. What an inspiration to us all! 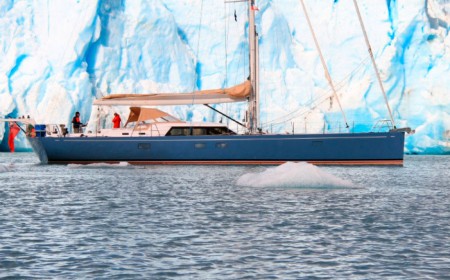 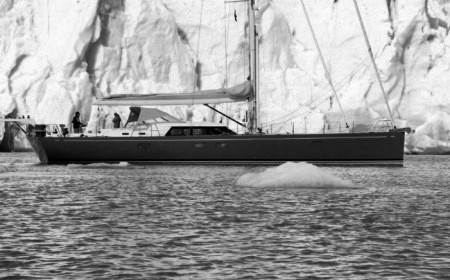 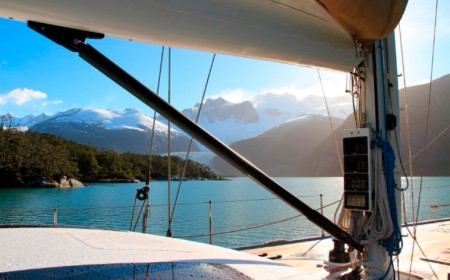 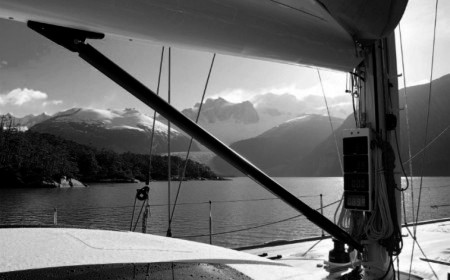