Claasen Shipyards has donated two historic trophies to the J-Class association for presentation to the winners of J-Class Regattas. The annual series for these trophies will be based on regattas agreed by the J-Class association each year. This year it has been based on the overall scores from the Solent Regatta (won by Velsheda) and the Hundred Guinea Cup race in July 2012 (won by Lionheart). 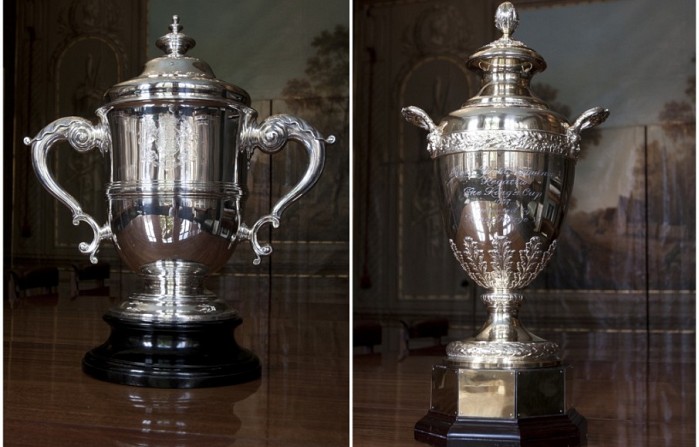 An impressive silver yachting trophy of 47 cm high, engraved “The Kings Cups” – originally presented by King George V in 1914 to the first winner Charles McIver with his sailing yacht “Cestrian”. This cup has been renamed “The Corinthian Kings Cup” and will be presented each year as a perpetual trophy “for friendly competition between J-Class yachts, sailed by their amateur owner”. The trophy is on permanent loan from the Royal Northern and Clyde Yacht Club.

The Corinthian King’s Cup for the regatta’s best amateur helmsman was won by Velsheda because of her great results in the Solent Regatta July 2012 (two wins a second and a fourth).

Now known as the “King’s Hundred Guinea Cup” and presented to the winning J Class yacht Lionheart (built by Claasen) in the race around the Isle of Wight on 21st July 2012. Lionheart was competing in her first J-Class regatta season.